Looking over the “hanging” shoulder – back pain

Back pain and other phenomena

Letting your shoulders down should help you relax, at least for a moment. The muscles should be relieved just a little bit, and that feels especially in the short term stress relief. What you do not notice, however, is that you are increasingly falling into a crooked “hunchback attitude” in which other muscle parts, of which you didn’t even know that you have them, cramping up.

Anyone who gets used to such a “humpy” posture, in the long run, will soon have to reckon with indefinable pain, which can spread throughout the body. Sitting for hours on the computer with high mental concentration, but also standing for a long time at the exhibition stand or behind the shop counter, invite you literally to let your shoulders hang down; not to mention mental stress. The initially soothing partial relief of the tired shoulder muscles leads in return to a partial load on other muscles and tendons and contributes in the long term to that some fascias downright stick together. Due to the bad habit of slouching, a chronic disease such as kyphosis or scoliosis can develop, especially in adolescence but also in adulthood. 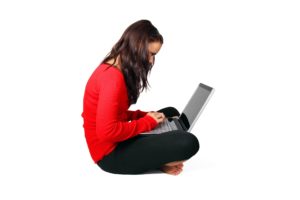 Fascias, what is it? 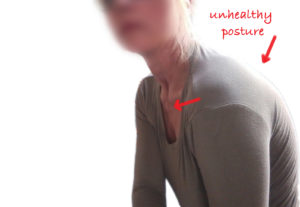 Scientists have discovered that there are strands of tissue within the body’s connective tissue, which surround the large joints of the extremities as well as the small vertebral joints and keep them supple and flexible. The permanent relieving posture, such as slouching (let the shoulders hang) in favor of the formation of a round hump, causes the associated fascia to stick together and become inflexible. In the advanced stage, attempting to stretch already can cause significant pain such as pulling and stinging.

From a psychological point of view, the hanging of the shoulders is an indication of an existing overload. Symbolically, the shoulders lower and the back bends just as if the body had a heavy load to carry. This certain suffering is even visible in such an afflicted person’s facial features. Their posture and nature radiate malaise, dissatisfaction, being plagued. Expressed is a certain yearning for relief. However, this usually leads to the exact opposite. A person who comes along with hanging shoulders and a curved back seems to others as unattractive as he feels himself. However, as soon as his posture changes for the better, his inner attitude is reversed positively and he attracts better circumstances magically.

It has long been known that a heavy mind can influence the entire body posture and be held responsible for physical pain. Such psychosomatic symptoms pave the way to the growing number of pain patients.

The scientific discovery of the fact that posture and facial expression also affect the psyche is a great new achievement. In fact, an exercise of the smile muscles affects the mood, as well as fitness training and correction of posture, strengthen self-confidence and improve the personal charisma. 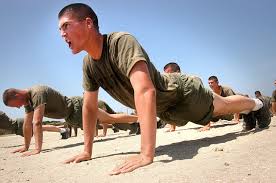 A controlled, disciplined fitness training can, therefore, be very helpful, because it not only keeps the body healthy but also the psyche. Unfortunately, many people who feel permanently “overburdened” have little or no time to feel comfortable in a gym or be active in a sports field. Their daily stress doesn’t allow them to even notice the important signals of their body. Getting yourself up to a straight posture with your own muscle power can then be even more exhausting. But if they remain in their bent and plagued posture, which is reflected both in their facial expression and in their body language, they unconsciously signal a certain readiness for stress and thus automatically draw even more plagues into their lives. With a straight posture, this vicious cycle could be interrupted very easily.

Does this situation seem familiar to you? Then read on now, because we have a plausible solution proposal at hand, which has already proven itself in stubborn cases:

The new back straightener brace from THE HEALING UNIVERSE has been specially designed to prevent and heal such problems. Worn underneath the clothes, he unobtrusively and effortlessly provides a remedy. It supports the shoulder and back muscles and forces the body to a healthy posture. The shoulders are pulled back and the unconscious hanging is prevented. In addition, magnetic stones, which are incorporated in the upper and lower part of the bandage, ensure better blood circulation and bring more energy.

A straight, upright back not only prevents the signal for stress readiness. In a straight position, the patient feels “unbending” and shows more self-confidence. He can withstand external stress and face attacks from the outside upright.

Find Product: THE HEALING UNIVERSE Back Posture Corrector with Healing Stones – available in several sizes, (unisex – for men and women, for small bodysizes under 167 cm and over 167 cm) on Amazon