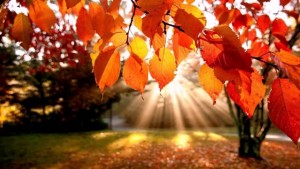 Hypnosis, what does that mean? Is it dangerous? Or can it even cure?

Even the word “hypnosis” can scare an ignorant. The Idea to entrust itself a Hypnotist and lose self-control is really not pleasant. Alone at the idea of doing things in hypnosis that violate the own conscience, and from which one afterward knows nothing, one gets rightly first in a panic. The television programs are finally full of films in which certain Magicians play their mischief making helpless, innocent souls to their tool. 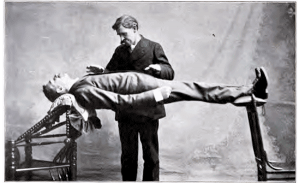 However, the reality thankfully looks different! To go into hypnosis presupposes that one agrees. Once a suggestion is made that burdens the conscience of the subject, the normal waking state enters instantly. Additionally, the hypnotic trance of other trance must be distinguished by the fact that the activity of the hypnotized person’s cerebral cortex is similar to the normal waking state. So it is hard for a hypnotist to succeed in forcing a “victim” to an act, which it morally rejects, no matter how much a hypnotist is trained.

Since we deal on this page with mainly healing methods, we leave the topic “stage hypnosis” aside and turn our attention exclusively to the healing hypnosis. The therapeutic hypnosis is a scientific technique for deep relaxation in permanent waking consciousness.

On one hand, hypnosis is called a procedure, which sets a person in a trance-like state (hypnotic trance); on the other hand, this trance-like state, which is a deeply relaxed wakefulness, is also called hypnosis.

Find the Most Effective Hypnosis Programs in Our Own Store >

A person who is in hypnosis is not asleep.
This person is awake but deeply relaxed, and the attention is directed only to the few contents that the hypnotist pretends.

That the hypnosis would be a sleep-like state, is an outdated assumption.

Roles: A person who is hypnotizing another person is called a hypnotist; the hypnotized patient or subject is called under hypnosis.

In the self-hypnosis or auto-hypnosis, the performing person receives both roles simultaneously.

To initiate a hypnotic state (inducing) and to re-dissolve the existing state of trance at the end of the meeting the hypnotist uses different methods, depending on experience and judgment of the situation, or the therapeutic goal.

To deepen the trance, the patient can be brought out of the trance and soon returned in the trance. In the jargon, this procedure is called fragmentation.

The sense of hypnosis is to move the patient by verbal instructions (suggestions), which will sink deep into his subconscious mind, to change his behavior or mood in that manner the patient himself desired.

Ideally, these suggestions should remain in therapy case even after the session.
(= post-hypnotic suggestions)

The success of hypnosis is scientifically proven. The effectiveness of post-hypnotic suggestion can be measured and demonstrated with modern neurophysiological methods.
The information processing in the brain of the patients shows after successful healing hypnosis changes, like a reduction in the activity of selected brain areas.

Where is healing hypnosis used wisely?

Refer to the following posts:

How does hypnosis work?

Find out more in the following articles: