Why anxiety hypnosis can help

Panic arises in the mind. The body reacts with rapid heartbeat, nausea and sweating.
Nearly 7 million people only in Germany suffer from a phobia. The trend is expected to rise even further.

Mostly harmless, everyday things are causing fear and terror in the minds of phobia sufferers. And they complicate their lives.
For some sufferers, the panic-attacks are so strong that they completely lose control of their bodily functions, once they are confronted with the fear-trigger. Some of them even can no longer pursue their normal business or profession. If the phobia is already far advanced, one can speak of a fear disease.

The most common forms of phobia are:

Entering narrow, closed spaces is almost impossible for a claustrophobic. Palpitations, nausea and sweating are spreading often at the mere thought of it.
In a television broadcast of Spiegel TV the certified hypnotist Ronny Welzel has treated a bus driver, which had developed a distinct form of anxiety attacks.
For his job as a bus driver, the situation became so unbearable that urgent treatment was required, even essential for his life.

How could the hypnotist liberate this patient from his anxiety? How to be able to help youself?

In state of total relaxation, the subconscious mind is to be addressed and reprogrammed.
The hypnotist puts the patient with a particular method in this state, which is also called the hypnotic trance.
While the patient feels comfortable in this total relaxation the hypnotist sends words of positive suggestions, which point directly to the subconscious mind of the patient and remain liable.
In addition, the hypnotist fixes an “anchor” to which the patient may recourse later in an anxiety-provoking confrontation. Using this “anchor” will always enable him to liberate himself. That means, the hypnotist instructs the patient in hypnosis, to play a certain hand gesture (= “anchor”), to which the liberating suggestion is linked firmly.
If the patient is later confronted with his fear (in this case, entering a narrow, closed space, for example an elevator or a car), he can liberate himself from his rising anxiety, directly and unaided, only by exercising that unconsciously learned hand position.

The longer the ordeal of anxiety sufferers, the stronger this fear has solidified and automated.

The anchor which was fixed in hypnosis reminds the patient to the positive feelings taught to him by the hypnotist. The fear disappears. The more often the “anchor” is repeated, the more sustainable the positive result.

What exactly happens in hypnosis, scientists can hardly explain.
In the case described here, Ronny Welzel’s patient could actually overcome his panic agoraphobia, and this by no more than a 1-hour treatment.

Already entering a store room, cellar, storage room, or an unknown, sparsely populated space is for a human being suffering from a Spider Phobia a difficult undertaking.
Just by the idea to eventually confront a spider, maybe to contact it or a spider may unnoticed climb on their clothes, entering such spaces for those concerned people becomes a real horror trip.
The extent of this anxiety disorder can take unexpected forms.

Julia, 23 years old, suffers from a distinct Spider Phobia since childhood. After detecting a spider in her own apartment she could no longer go home for a while of 5 days.

Many people do not venture the approach to a conventional psychotherapy, because it is associated with an intense confrontation with the anxiety trigger. But if this fear remains untreated, this means a significant limitation of quality of life and represents a real handicap. (As same as all untreated phobias).

The exposure therapy, however, can be very successful, as the following interesting story, which occurred accidentally, describes:

A student forgot one day to close the kitchen window. When she and her boyfriend entered her student flat that evening, she discovered to her horror a 30-member crew of the little beasts at the ceiling.
The student, who suffered from a severe form of arachnophobia since childhood began to tremble and cry immediately.

However, the behavior of her boyfriend at this moment has transformed her life completely.
From that day on, the student could bear Spider and furthermore, she even loves spiders since then.
All fear is gone forever. Instead of fear, she feels sympathy.

How could her boyfriend turn this strong fear in sympathy?
I am willing to liberate you of your phobia, using the same method! Yes, it’s possible even over the phone!

If you want to change your life forever, do not hesitate to call me! This will be the most interesting experience, you ever made. 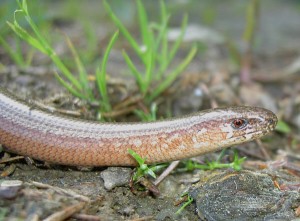 The fear of these legless, meandering nature is no stranger to me personally. As a child I had to stop and turn back each path to a blind-worm just crossed. I could not go even go farther after this animal disappeared in the grass edge or under the wayside.
I suffered terribly from this phobia. Such an encounter followed me in my dreams even many days later.
Until one day a spontaneous reversal occurred. Since that day, I can pick up slow-worms, earthworms and snakes with my hands.
I see it today as an extraordinarily pleasant tingling when a blind-worm winds between my fingers.

How I managed to transform my phobia into sympathy for these supposed enemies, I inform you with pleasure.
I am willing to share my experience with anyone who suffers from similar anxiety and knows no way out.
I can help you overcome this fear in a short time, and even reverse into its opposite.

Phobias interfere careers. Who suffers from fear of flying, is forced to keep his career goals and prospects “on the ground”. Great career opportunities, if a global presence (frequent meetings in distant countries) is essential, are not graspable with this type of anxiety disorder.
For healing, the conventional method of psychotherapy including confrontation and explanation of aviation engineering is contemplated here. Rational understanding should take the patient’s fear away. But that often does not. 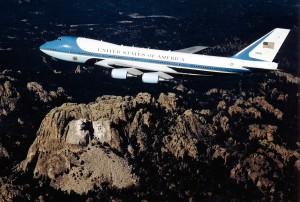 The professional golfer Florian Fritsch suffers from extreme fear of flying. For 1 year was he entered no aircraft. In order not to give up his job, he travels by car since then thousands of miles to the meet the main championship courses around the world.

Ca 10 conventional therapies he has already been tried. But not one of them has helped him so far.
He is even convinced that his fear has increased, the more he tried to approach the issue rationally.

Hypnosis speaks directly to the subconscious mind, bypassing the Ratio. Therefore, hypnosis can be very helpful especially in this case.

Speech fear in front of an audience, speech inhibition

Are you afraid to speak in public. In everyday working life, this will represent a serious obstacle for you, if you are affected.
In this form of anxiety, it is useful to first explore the cause (the core problem). This works very well with certain methods.
Once the cause range is narrowed, and the true background detected (usually an unpleasant experience from earlier times) it can be begun to recall this into the consciousness, in order to process it again.
Under guidance, processing can then take place within seconds, using a special method that imitates REM sleep in full consciousness. The spontaneous results are astounding.

The speech inhibition in front of an audience is often accompanied with a lack of self-confidence in a very concrete situation. So it is quite possible that a person who is known in almost all other situations for its strong sovereignty, fails repeatedly in exactly one particular situation, namely if it is to deliver a speech in front of many people.

In many cases an unpleasant, unprocessed childhood experience has been found as background that acts even decades later in the subconscious mind and lets the affected person fail in all new similar requirements.
The most important approach to healing is at first finding the triggering event, which often dates back for decades.
In Step 2, this event may be brought back into the consciousness, by various methods to which also hypnosis counts. Then, it may be processed again.

Hypnosis helps especially in those patients who have shown resistant to conventional psychotherapy; and if conventional methods are not able to detect or influence the triggering event because it may be already “spilled” or overlaid with other events over the time.

(agora = ancient Greek for marketplace)
In contrast to the claustrophobia, sufferers from agoraphobia avoid wide open spaces or large spaces where people gather. Often, the disease goes so far that the affected can no longer leave their homes or start a journey.
The panic-attacks often occur even within the home, triggered by the mere thought, to leave this (even if only for a short time).

The core problem in this disease lies in the fear of losing control. Sufferers are afraid to register with a panic outbreak not being able to save from the crowd quickly enough; or that they are unable to reach help quickly enough in case of an accident on a wide place.

Since this fear also escapes completely of volitional control, it cannot be successfully combated by rational therapeutic approaches or coaxing.
For most sufferers there is a post-traumatic stress disorder. Pure talking therapies prove to be generally ineffective.
Various forms of exposure therapy, as a systematic desensitization or flooding have proven as effective.
During these behavioral therapies, the patient must together with a therapist go to the places that he prefers to avoid.
There he has to face his fears and allow them without evasive maneuvers. So, he learns that his fear is unfounded.
This therapy can be carried out either step-wise (systematically) or, depending on the condition of the patient, immediately acting in intensive threatening situations (flooding).

Since the reasons for agoraphobia are stored in the subconscious mind and the symptoms escape the influence of their own will, a hypnotherapy is a sensible and effective approach towards the total elimination of both, the fear and the physical effects.